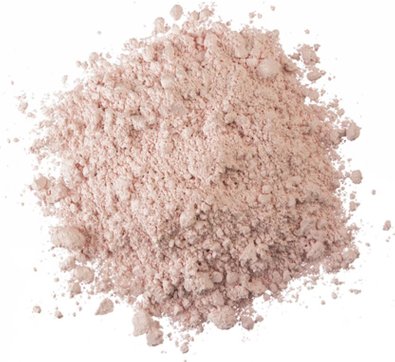 Calamine is a traditional, natural ingredient (dating back as far as 1500BC) used in various creams, soaps and lotions to treat mild skin conditions such as: itching, eczema, sunburn, insect bites, pain caused by poisonous plants and many more.

Calamine is also popular cosmetic ingredient due to its sunscreen properties and ability to cover skin marks and blemishes.

BHM Chemicals is a supplier of high quality natural Calamine BP and USP suitable for use in various cosmetic and pharmaceutical preparations.

An amorphous, impalpable, pink or reddish brown powder, the colour depending on the variety and amount of iron(III) oxide present and the process by which it is incorporated. Practically insoluble in water. It dissolves with effervescence in HCl.

As per BP test: The solution remains clear

As per BP test: The solution remains clear

Not more than 150ppm

As per BP test: The filtrate is colourless

As per BP test: The residue weighs not more than 10mg

As per BP test: The filtrate is colourless

Keep container tightly closed in a cool and dry place and protected from light. Protect from contamination by foreign substances.